Patching is a treatment that is used to encourage the use of an eye that is not functioning at it’s full potential.  We use it to treat a condition called amblyopia.  Amblyopia is defined as “reduced vision in one or both eyes that cannot be improved solely by optical correction, and is not directly caused by any congenital or acquired ocular structural abnormalities, including trauma or disease.”  Amblyopia may be caused by strabismus (“wandering eye”) or an unusually high uncorrected prescription in one or both eyes. It causes the brain to favour the eye with the most clear vision and therefore allow the eye with poorer vision to be ignored.  The good news is that with early treatment, amblyopia can be reduced or eliminated.  Amblyopia needs to be treated as early as possible in a child’s life while the brain is still more “plastic” and the visual pathway can be turned back on.  It is important to attempt to “turn on” the eye as early as possible since best results are achieved before the age of 3 but still may work until the age of 8-9 years.  It is important to remember to cover the “better” eye so that the weaker (amblyopic) eye is used.

1.  Begin patching as young as possible. Do not delay unless absolutely necessary.

2.  When talking to the child, refer to the eye as the “blurry” eye or “sleepy” eye which may be viewed as less negative by the child. The term “lazy” tends to indicate that the child is not trying.  For children with a nurturing personality, referring to a patch as a “helper” may be useful thereby allowing the non-amblyopic eye to rest from all it’s work and take a nap for a while.  For other children, we can use a  “highway model” to explain the process of patching.  By explaining that there is a little road that carries pictures from the eye to the brain we can refer to the visual pathway.  The pictures can get to the back of their brain faster if more lanes are built on the road thereby the patch becomes a piece of equipment used to build the highway.

3.  Caregivers should be aware that their full attention will be required during patching and understand that this is a difficult time for the child.  They will have a very difficult time seeing at first when the better eye is covered.  Patching initially should be approached with compassion and empathy.  Holding and hugging the child as soon as possible after the patch goes on is an indication that the patch is for the child’s benefit as opposed to punishment.  It also immobilizes the arms to prevent the child from removing the patch.  It may become necessary for the parent to hug a baby or toddler in a bear hug for the first 30-60 minutes of patching each day.  If this is inadequate, restraints may be created with rolled magazines or cardboard that are taped to the arms with skin tape.  This prevents the elbow from bending and stops the child from removing the patch.

4.  Be dedicated.  Children will think that patching is optional if days are skipped. After the initial adaptation, the child will need to keep his hands busy at all times.  Reward easy patching with incentives such as favorite activities, toys or treats.   Close parental supervision is crucial.  Parents should not expect to get anything else done during the patching time each day.  As the vision improves, the patch is less of a hindrance and the parental attention may diminish.  Patching schedule is specific to the degree of amblyopia, the cause of amblyopia, as well as the child’s age and activites.  Patch in a safe and controlled environment to aid the child’s comfort and confidence

5.  Skipping patching rewards manipulative behaviour.  Being busy should not an excuse. Patching schedules should be followed closely to maximim visual potential.  Telling the child that the “doctor says”  the patch must go on at a certain time and the “doctor says” the patch may come off at a later time lets the child know that patching is official, much like a prescription or medicine.  Horrible tasting antibiotic will make their ear not hurt similar to the patch waking up the sleepy eye.  Making a specific time for patching each day adds structure that young chilren require similarly when the patch is removed.  Patch removal should be nonchalant.  Point to the clock and say “this is the time the doctor says to take off the patch”  reinforcing patterning, scheduling and doctor’s orders.  Do not remove the patch when the child asks to have it removed or during poor behaviour since this will reinforce undesirable behaviour.  Always wait five to ten minutes after a tantrum for patch removal so that the child will not associate the tantrum with the end of therapy.  Do not celebrate patch removal.  Phrases such as “yeah, it’s time to take the patch off” sends a message that the parent also thinks the patch is undesirable.  Remove tape with warm compress to the skin to losen the adhesive.  Vitamine E to the area that was patched aids in healing the irritated skin.

6.  Patch early in the morning if possible for younger children. Early in the day maximizes attentiveness and better results are achieved. Do not allow the child to sleep during patching or effective therapy is not occuring.  Patching at home until vision is well established is the safest approach especially for school aged children.  Try not to patch the eye then send the child out to face difficult situations such as school or playground.  Patch during sedentary activities such as television and eating which is easier for the child.  As vision increases, more strenuous activities may be permitted depending on the child. If the patch must be done during the day for school age children, do not allow the patch to be associated with school.  Be sure that it is on well before they go out the door.

7.  It is best to have the parent with the most relaxed personality be in charge of patching.  Children can tell if the caregiver is anxious and be more resistant to patching.  Piers may taunt and tease.  Educate siblings, teachers, and other parents that sensitivity to the therapy is key to visual and psychosocial development.  Parents may need to reinforce the positive nature of the patch to both strangers and the child while in public.  Patching a favorite doll or stuffed animal each day is comforting also.  If another person you know has been successful with patching, they may be encouraging to the child and to you.  In the daycare setting, other caregivers should be found that understand the importance of patching, one person should be put in charge that is easy going and compassionate.

Amblyopia is responsible for more loss of vision in people under 45 than disease or trauma combined.  By treating it with a consistant and compliant but compassionate approach we can work to eliminate this condition and re-establish your child’s vision. 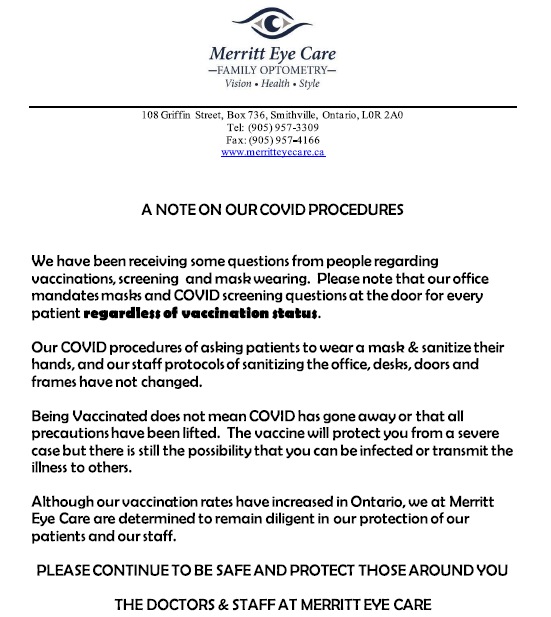